Last year, I bought a Fujifilm Instax Mini 8 camera. My intention was to get kids at my son’s school excited about photography during the Winter Fair, but that was a bust 😔.

I guess, I was just too excited and I failed to do my photobooth homework well.

With more practice, I will definitely be back.

Fast forward to May, 2016, having not used the camera for a while due to other commitments, I decided I would actually make use of my Instax camera, but I needed a challenge. Shooting using film, instant or otherwise, in this day and age of digital photography is not cheap. Anyway, I dusted off my cool blue Instax Mini 8 camera, bought my film from Amazon UK and came up with an idea to shoot using the film.

The Kenya Sevens team were going to be in town for London 7s and I thought I would do my own version of the squad profiles using the camera. And this was the result…

There was a lot of buzz from this image on my Instagram and I knew I was on to something. Even Fujifilm UK reposted my image on their feed.

I actually even used the camera to collect signed prints from a few people during London 7s which I will be posting on my Instagram feed in due course. One of which I kept from the Kenya 7s team – Collins Injera – as he became the ‘All Time Try Scorer’ of all time in the Sevens World Series.

What next? I have something planned for June using my Instax Mini 8 and I am so excited about it. My son even wants one now. So I may just upgrade to the Instax Mini 70 in Island Blue and gift the Mini 8 to him on his 6th birthday.

As a rugby fan, unless you live under a rock or are in a coma, you would fail to notice that the RWC 2015 has already kicked off.

I have been following this tournament since it was announced that England will be hosting. From attending the press launches, trophy tours, ticket design launch and the England 2015 kit launch.

My family had to be warned well in advance that whilst the rugby was on, the telly was MINE!!!

Finally the tournament kicked off on Friday 18th September with England playing against Fiji at Twickenham. The opening ceremony was short and sweet.

Then came the match that kicked the whole tournament off.

I have to say though the first game was marred by the amount of times the TMO (Television Match Official aka Video Ref) was used. It made watching the first game a tad bit irritating, but it was a brilliant opening match to kick off the RWC 2015 after months and years of waiting.

The objective of the television match official system is to ensure accurate and consistent decisions are made on the field in a timely and efficient manner. The TMO is a tool to help referees and assistant referees with their on-field calls and the referee remains the decision-maker who is in charge of the process.

Over the weekend, there were 7 matches – 4 on Saturday and 3 on Sunday – and here are the results.

The jubilation of Georgia beating Tonga was clear for the fans to see. 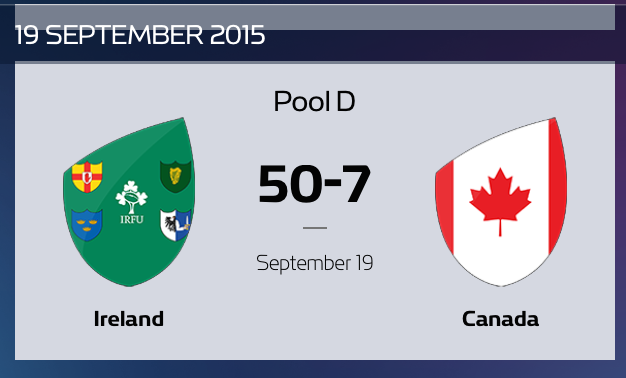 This was the match everyone was, still are and will continue to talk about. The fact that Japan held out for a try instead of a penalty and managed to beat South Africa made for match viewing gold. This will be up there as the rugby history highlight of the tournament. 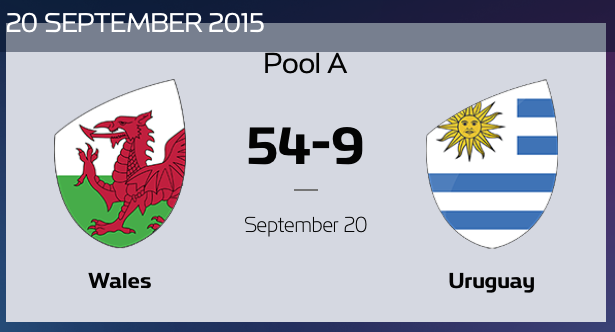 This was the match I was waiting for as defending champions New Zealand took on Argentina. Argentina played well in the first half until the All Blacks outsmarted them towards the end.

So far underdogs Georgia and Japan are on my teams to watch, with New Zealand still up there as tournament favourites. Let’s see if this will change next week.

Images: My screen grabs via the RWC2015 Mobile App

Buy me a tea